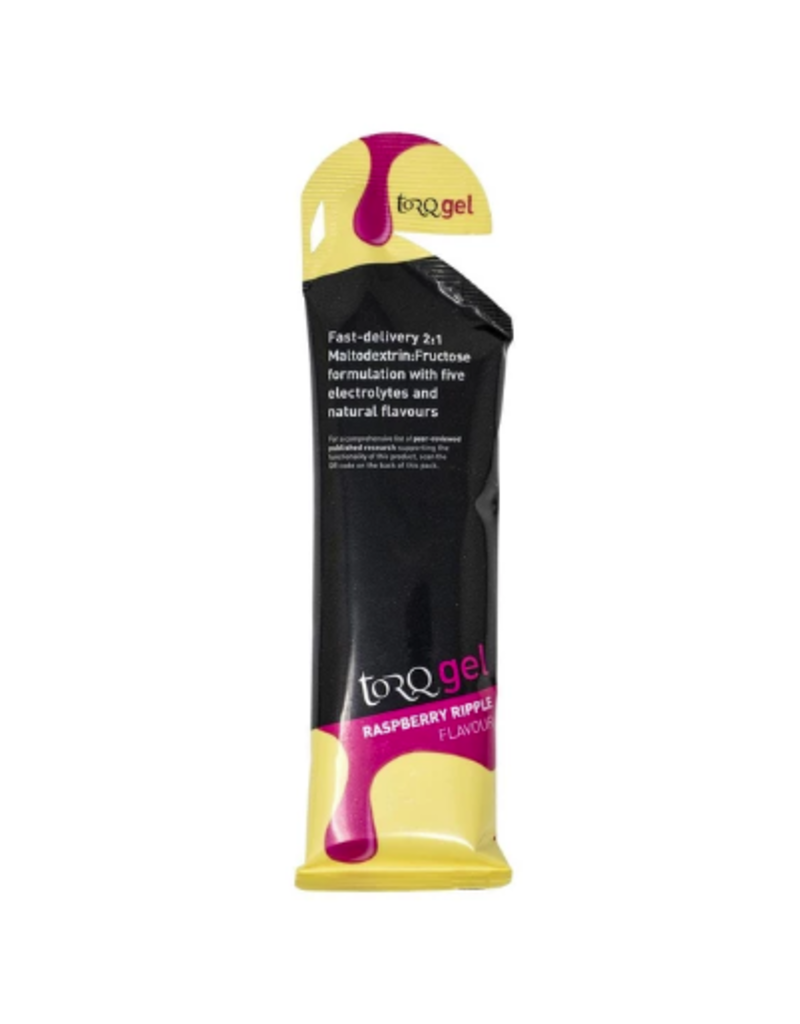 - No colours or artifical sweetners

-Maltodextrin used in isolation has been proven to be considerably more effective than glucose used in isolation because of its lower osmolality in the gut. However, recent research has compared traditional 'maltodextrin only' formulations with a 2:1 Maltodextrin:Fructose blend and the results are nothing short of staggering.

-TORQ FUELLING SYSTEM:
The system is both simple and revolutionary - and it takes the guesswork entirely out of fuelling and hydration.

-TORQ energy (TORQ's energy drink) is formulated using the same 2:1 technology, and our TORQ bars are too, so regardless of the TORQ product you're using (or combination of them), the current research demonstrates that you won't get a higher carbohydrate delivery and utilisation from any other food or drink.

-The reason a 2:1 Maltodextrin:Fructose formulation works so well is actually rather simple, but is has been overlooked by research scientists until recently. This is because Fructose (fruit sugar) has always been deemed slow and ineffective because of its low glycaemic index. Glucose on the other hand was the preferred sugar for use in sports drinks until Maltodextrin (a polymer containing many glucose molecules) was discovered.

-So that's the science, what about the taste? We've said it before and we'll say it again. We do not accept compromise at Torq. The flavours of these gels are sensational. Without the need to resort to using dairy and using natural extracts, we have created two yoghurt flavours (Strawberry and Black Cherry). We accept that some people don't like the taste of yoghurt though, so have produced a variety of other flavours too (Orange & Banana, Rhubarb & Custard, Raspberry Ripple and Apple Crumble: Also the naturally caffeinated flavours of Forest Fruits and Banoffee).

-The texture of the TORQ gel is light and syrupy. It doesn't stick to your mouth and you don't need water to wash it down. We have deliberately designed this gel to be easy to consume whilst you are exercising.

-NATURAL GUARANA: Three of our gels do not contain any caffeine, but the Forest Fruits and Banoffee ones do. There's 89mg of caffeine in each "Guarana' gel. Most other gels on the market only contain 50mg per serving. They also tend to use chemically manufactured caffeine, where as we use a Natural Guarana Extract - it turns the gel a rich gold colour. The Guarana gels give a huge kick. The caffeine stimulates your nervous system, improving muscle function, fat burning, mental focus and reaction time, so is an ideal product to use in the latter stages of a race or for ultra-distance competitions.

Add your review
0 stars based on 0 reviews 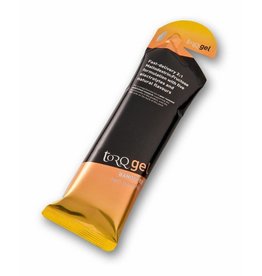 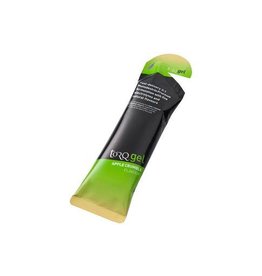